Oith restrictions mostly lifted, the local food scene has gone gangbuster. One meal in particular shows no signs of slowing down: brunch, baby. If you’re in the Kaimukī area, a few names are synonymous with the morning meal, and Koko Head Cafe tops the list. In mid-March, the full-service cafe reopened in the former location of the 12th Ave Grill—and with new digs come new dishes.

Pro tip: You can log into the waitlist on Yelp without physically being there, as well as specify the current wait time. Plus, the daily baked goods go fast, so if there’s something you like, ask to start a tab and order one while you’re hanging out in the waiting room.

SEE ALSO: But First, Brunch: 4 New Brunches to Check Out in Downtown Honolulu/Chinatown

Now, with the huge kitchen space, what was once maybe a baked goods or two has turned into at least half a dozen daily pastries on the specialty menu, including an a la cinnamon pandan ‘ulu on which I will yearn until I can get again. Also recently spotted: liliko’i custard-filled malassada ($9), yuzu black sesame muffin ($5), and a poi donut with coconut macadamia frosting ($8). But by the time I sit down at 11:30 on a Thursday, all of the aforementioned products have sold out, so I opt for the Pineapple Cinnamon Almond Roll ($10).

The almond extract flavor in the frosting is a little strong for my taste, but the texture of the cinnamon roll is on point. With chunks of pineapple tucked between its layers, it’s a great example of a cinnamon roll, but with a fun flavor. The thick spiral dough is soft inside with golden edges and the lingering taste of toasted butter. 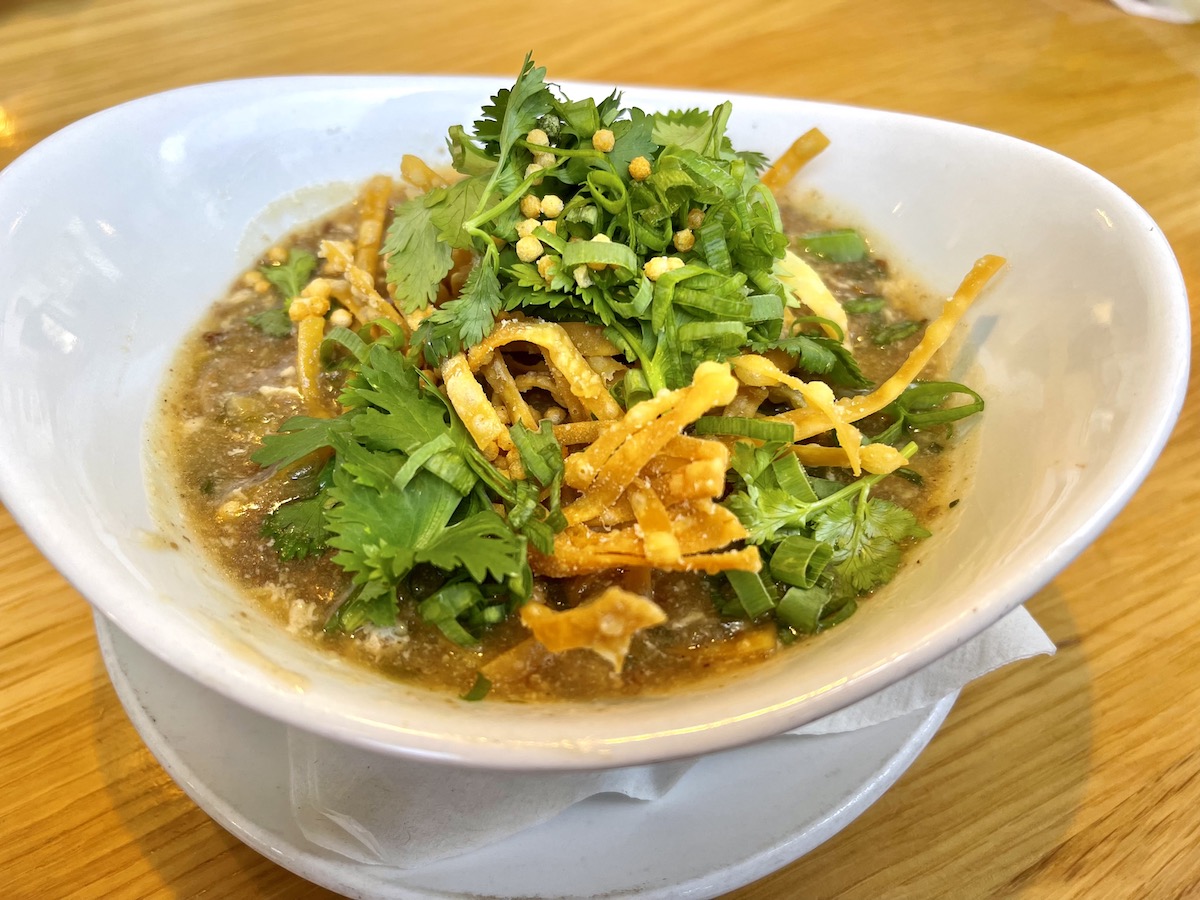 New to brunch is the Morning Egg Drop Soup ($10). Although it reminds me less of egg soup and more of a mapo tofu without the spice, it strikes the same vein for me as All Day Wong Dumplings (one of my regular go-tos): super tasty and so comforting to this local girl. Made with a rich chicken broth and plenty of local ground beef, its jiggly texture sticks well to your ribs. Fresh cilantro and fried wonton chips provide herbal heights and a salty crunch to finish. It’s a small bowl – something fun to share just to taste or cure the hangover now-we-can-go-to-the-bars. There’s also a new Fried Chicky Long Rice ($20) on the menu that might respond similarly. 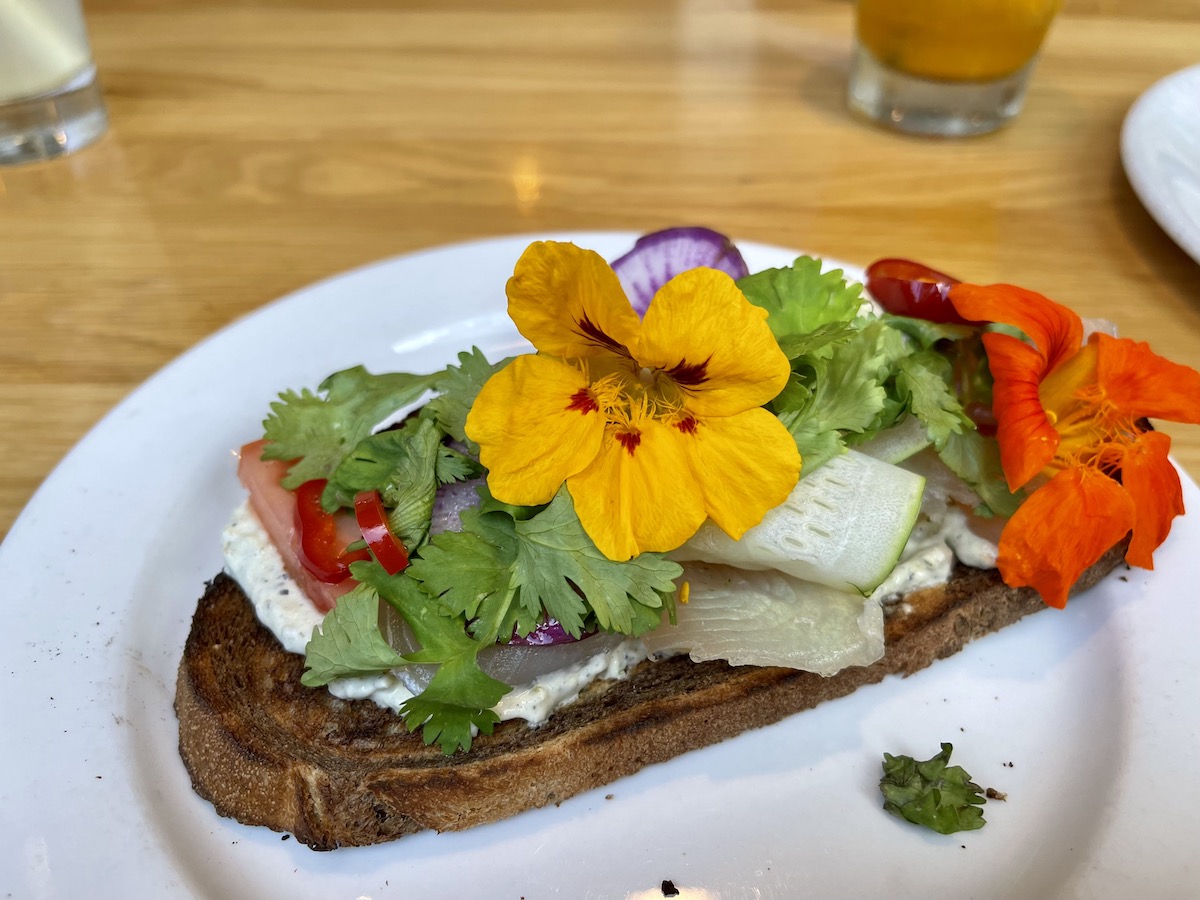 Whenever I tuck into a hot, savory dish, I like to preface it with something raw and a little lighter. I find the daily toast down the specialty menu. I’m exhausted with the original avo toast trend, but after reading the description, I’m intrigued. Today is an arrangement of salty nairagi, salsa verde cream cheese, shredded zucchini, red jalapeños, tomatoes, pickled radishes, cilantro and edible flowers on a swirled piece of twice-toasted rye (22 $). This baby is a bomb of flavor and texture while remaining light. The dried nairagi is plentiful and delicious, deliciously salty and meaty, balancing well with the earthy rye. The herbs in the cream cheese salsa verde provide a savory backdrop to the fresh vegetables. It will now be a duel between ravioli and toast. 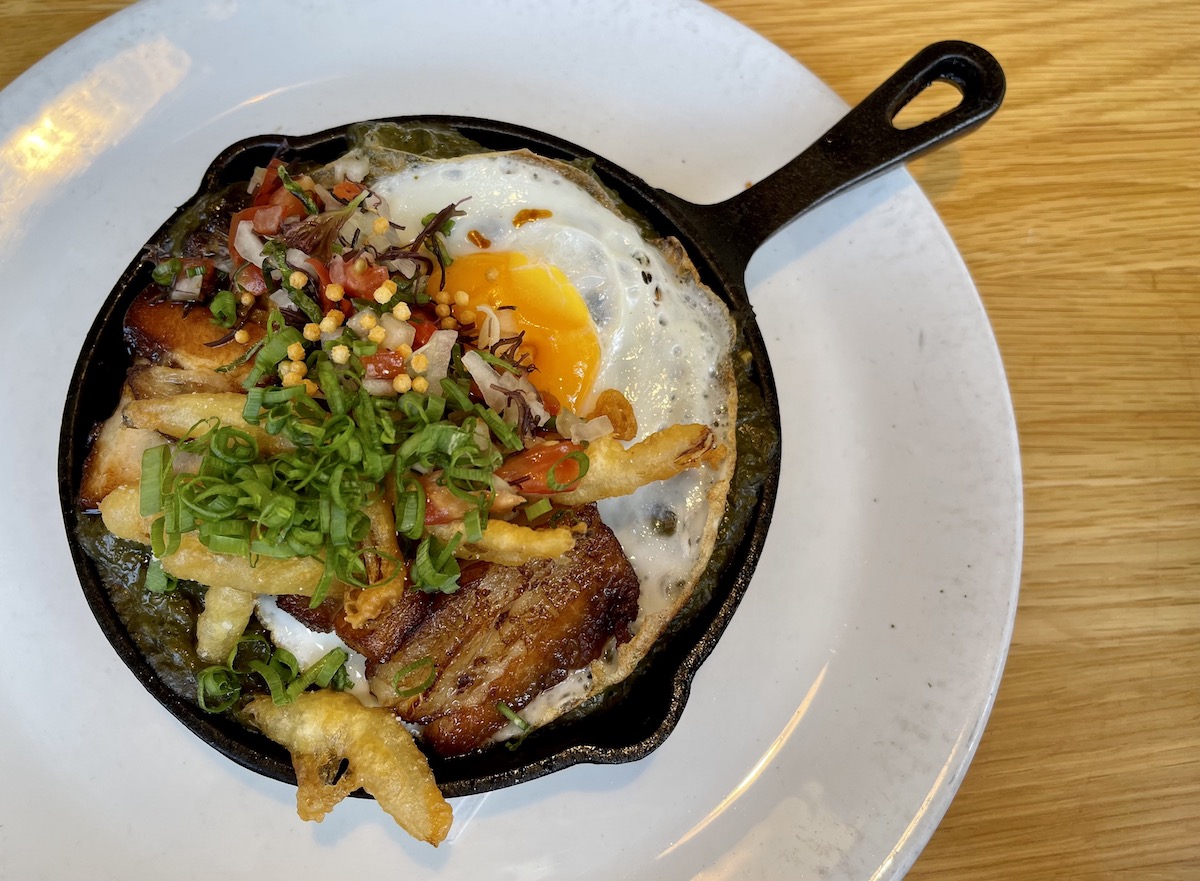 Also new: Lū’au and eggs ($20), with the option of adding miso pork, five-spice pork belly ($10 each) or the catch of the day (market price). Below is a layer of crispy garlic rice that forms a crust inside the cast iron skillet. Jhe lū’au is creamy and rich, balanced between savory and coconut. spoon on top is lomi tomato sprinkled with mea pinch of green onion and bubu a rare. My favorite part besides the hidden treasure crispy rice? Light and crunchy tempura sweet onion petals. 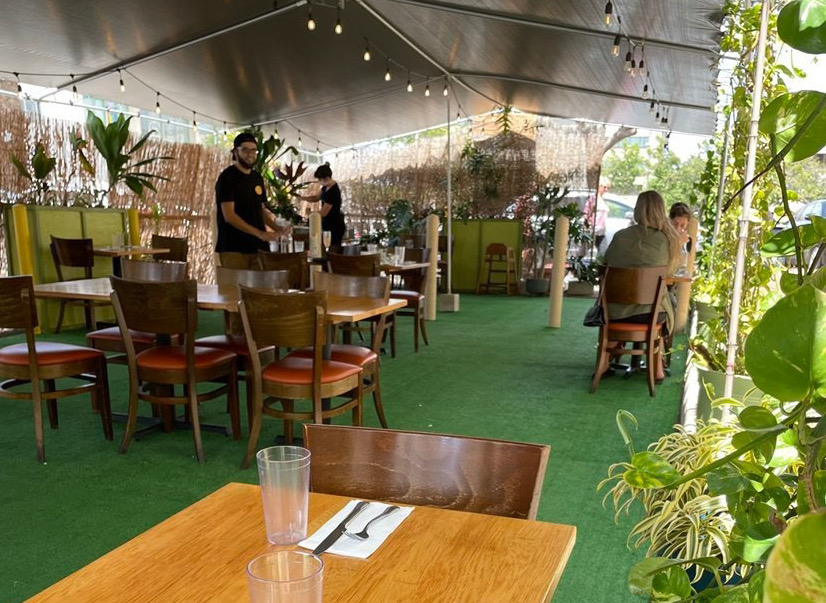 With double the seating capacity of the original Koko Head Cafe, including covered outdoor tables, it feels (and tastes) like the neighborhood staple is settling in pretty well, even in booming. You’ll find your favorite Koko Head dishes alive and well (hello, Donburi Chen), but with a chance to mix them up and try something new.