Jan Zainal doesn’t see herself as a typical influencer, but more of a mentor.

“Being an influencer usually means influencing people to buy a product, but mentoring is a two way thing – we share experiences and hopefully what we have experienced is useful and can help others” , she says.

The youthful-looking Jan, 52, runs Taman Hati, a vegan cafe in Petaling Jaya, which is also home to three rescued cats.

Although she has nothing against being known as a ‘catfluencer’ and a ‘plantfluencer’, Jan says what is most important to her is passing on her knowledge and experience to those who care about her. surround, especially to his young team.

“That’s the type of influence I prefer,” says Jan, who worked as an IT consultant for 20 years and in the oil and gas industry for six years.

Jan (center) with her family, (clockwise from top) husband Sany Zainuddin, brother-in-law Azmi Zainuddin, sister-in-law Nurain Abdullah, son Hady Sany and mother Datin Siti Mujib. Photo: Jan Zainal“My team (the members), who are like my working family, are all young (between 22 and 30) and energetic, committed to learning, and they all come from different backgrounds – dance, theatre, singing, etc.,” says Jan, who is affectionately nicknamed “Mama Jan” by her team because they see her as a mother figure.

Jan adds that she believes in a relaxing learning environment.

“We researched and developed together new elements for our cafe menu where everyone contributes to produce the final product.

“Although neither of us come from a purely F&B background, we have this chemistry to explore and learn together,” she says.

“Many of them didn’t have a plant background either, but their interest grew and they learned along the way,” she adds.

“People come together – whether by coincidence or not, for some reason – and I firmly believe that they have come into my life to enrich it, and for me to enrich theirs, and that is my privilege. to feed them,” says Jan.

“I’m glad we learned from each other about the latest trends, social media marketing and viral news updates,” she says.

Jan adds that she’s evolved her social media (@tamanhatijz) from a “one-woman-show” to a team effort, as she now allows her colleagues to manage posts.

“You can tell who downloaded each post by the music they use.

“For boys, it’s usually hip-hop. One of the girls is really good at IG Reels – she picks really catchy and relevant songs, and the transition between images and music is perfect and seamless,” she says, adding with a laugh that if it’s done by her -even, pictures or videos may not match the music. 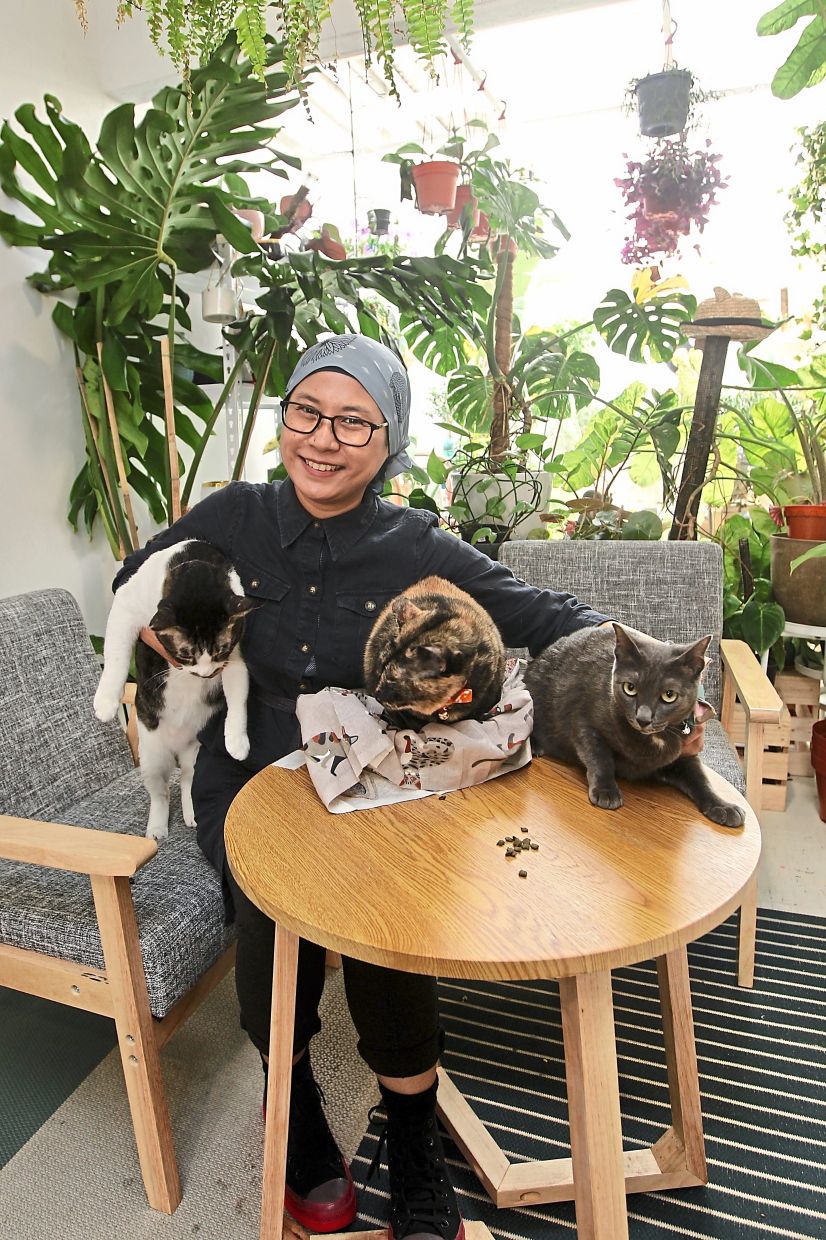 Jan Zainal with his three rescued cats who are an integral part of his herbal cafe. Photo: Jan ZainalJan has eight cats, all but one rescued, and they are featured on her @CatsOfTamanHati Instagram account.

“I have always housed cats. I would rescue them and keep them at home for up to two weeks, and try to get them adopted into a good home by then,” she says.

“I like all kinds of animals and there have always been cats in my parents’ house, as well as other types of pets,” she says.

“My father worked in foreign affairs and when we lived in the former government quarters in Bukit Travers (KL) we had a huge garden with all kinds of pets – chickens, cats, hamsters and birds (cockatoo, parakeet and parakeets). And when we were in Jakarta (Indonesia) where he was stationed, we also had fish, birds, turtles and cats,” she recalls.

Jan reveals that her love for plants was influenced by her mother and grandmother.

“All the women in my family, especially on my mother’s side, love plants. My mother had orchids as well as edible plants in her garden,” she says. 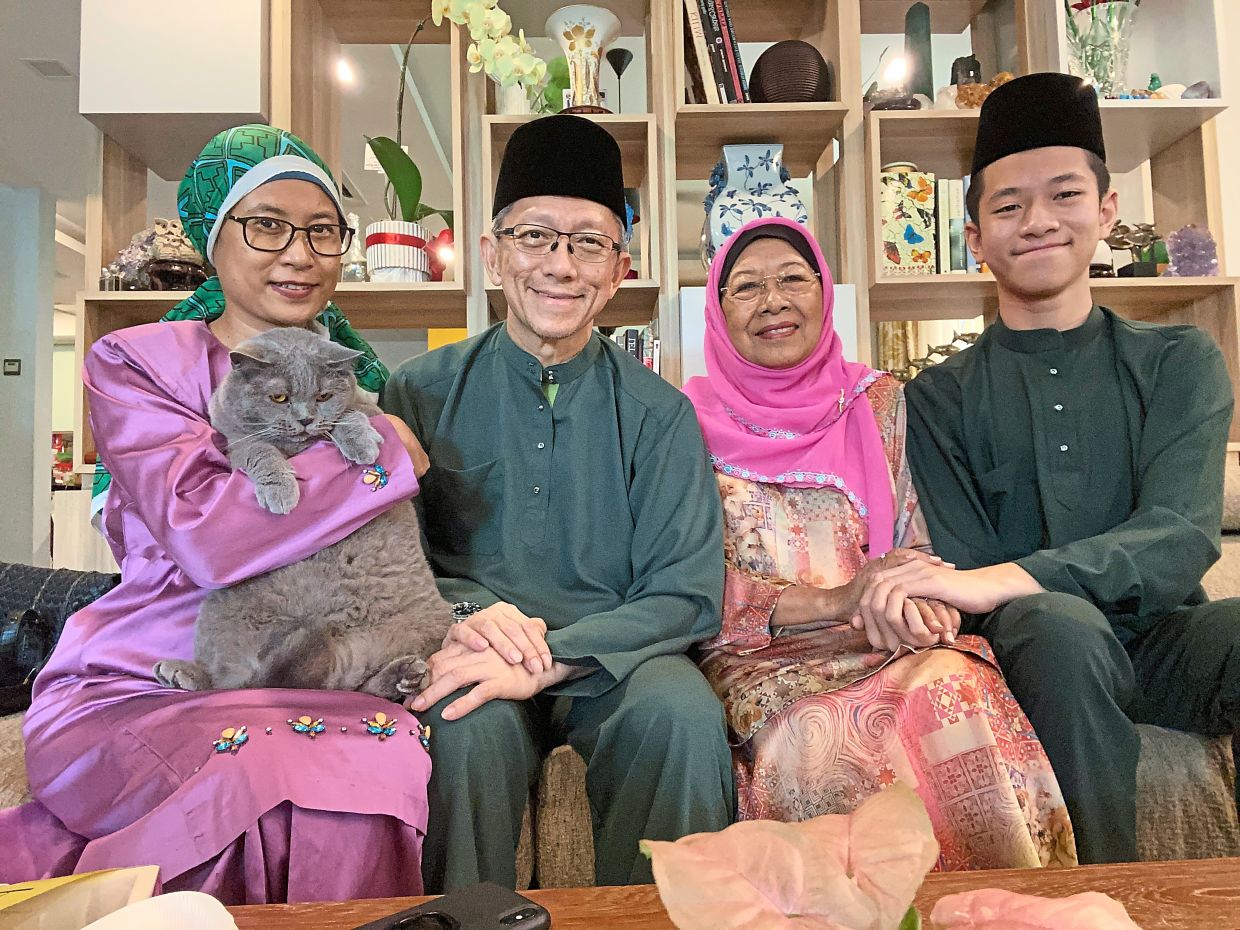 Jan got her first plant at the age of 18 while at university in England.

“I loved the cactus and kept it throughout my college life there, then brought it back to Malaysia,” says Jan, whose favorite plant is the Monstera Thai constellation.

Jan runs her business sustainably with the goal of giving back to the community.

“I do a lot of community projects.

“We have a pre-loved corner, as well as a monthly ‘weekend market’ where people can bring in pre-loved items in good condition to sell.

“It’s about promoting a sustainable lifestyle, encouraging reuse and reducing waste,” she says.

“The proceeds from the sale of homemade snacks go to these charities,” she says. 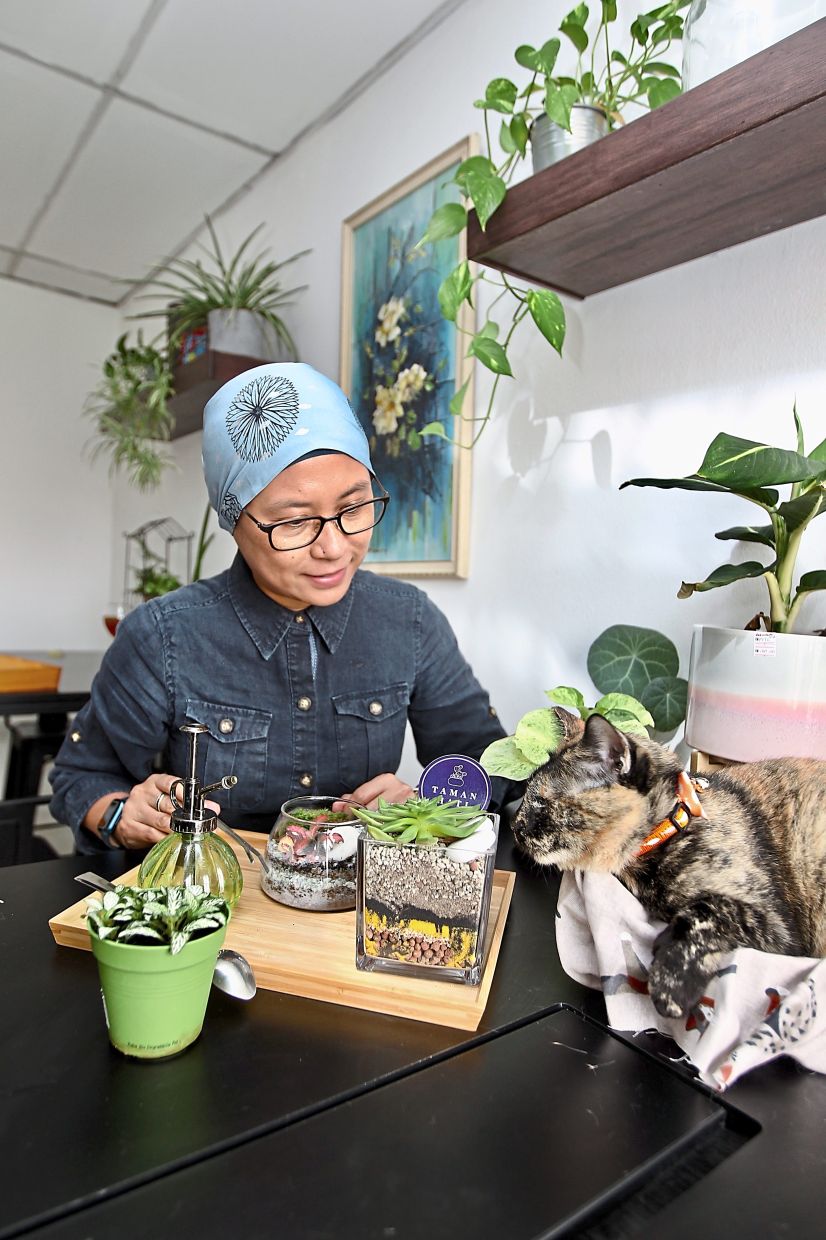 Jan builds a terrarium as Jenny One Eye watches. Photo: Jan ZainalHis cafe is also a community space for local artisans who don’t have a physical store to display their wares.

“There’s no charge for display or marketing, but I just take a small commission on sales,” she says.

Jan also hosts plant swap events where plant enthusiasts can get together and swap plants to expand their collection and maybe get something they don’t have for free.

There are also terrarium building workshops for small groups and corporate events.

“These elements contribute to creating a strong and healthy community spirit in the neighborhood, which matches my family atmosphere”, concludes Jan.